A fire alarm system warns people when smoke, fire, carbon monoxide or other fire-related emergences are detected. These alarms may be activated automatically from smoke detectors and heat detectors or may also be activated via manual fire alarm activation devices such as manual call points or pull stations.

Alarms can be either motorized bells or wall mountable sounders or horns. They can also be speaker strobes which sound an alarm, followed by a voice evacuation message which warns people inside the building not to use the elevators.

Fire Alarm Sounders can be set to certain frequencies and different tones including low, medium, and high, depending on the country and manufacturer of the device. 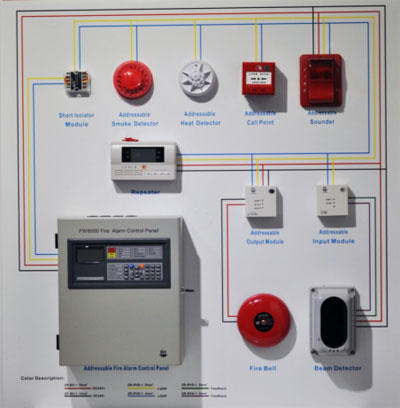 Conventional fire alarm systems consist of manual call points, fire detectors, sounders, beacons, and other devices grouped into zones. Each zone is a single wiring circuit which represents a building premises area within a building.

Communication between devices and the control panel is typically only has three states: standby, fault, and fire. Conventional panels can only narrow down the location of a possible fire or fault as being somewhere within one or more zones.

These fire alarm systems usually have very basic options for expansion, such as repeater panels which mimic the display and controls of the main panel and relay connections to link for example with security alarm systems. Being the oldest and simplest technology it is certainly still reliable. Conventional systems are usually much cheaper than Addressable systems. 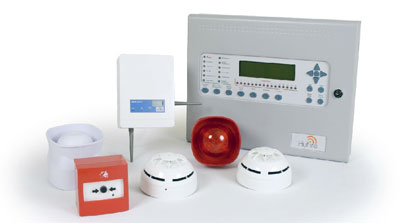 In an addressable fire alarm system, all the devices such as detectors, call points and alarm bells are connected in a loop system to the fire addressable control panel and each device has an address (to tell about their location). This way, it is very easy to find the exact location of the device which has been triggered in the connected circuitry.

The basic idea behind the loop system is that in case of short circuit fault, only a small portion of the system affected while the rest will work properly with the help of isolation module connected in the loop. In a single loop, up to 99 devices may be connected and can be extended up to 3.3 km depends on the ability of fire control panel system. 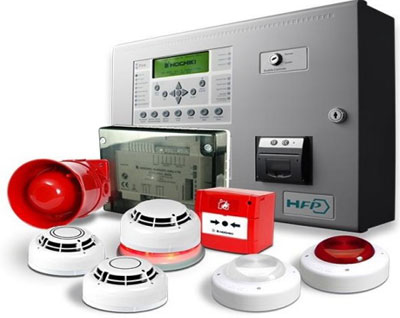